If you're happy to travel

You can catch Christopher Titus at Center Stage Theater in Atlanta, showing Mar 28, 2020

Christopher Titus is also touring to: 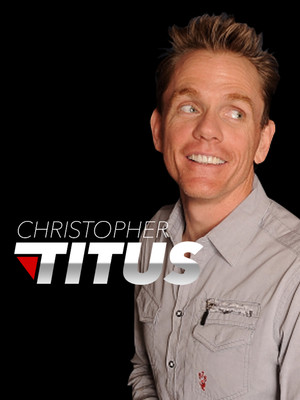 There is no subject too personal for Titus...

The prolific Christopher Titus is taking his comedy on the road once again! Known for his confrontational and soul-searching live routines, there is no subject too personal for Titus, who mines his dark material from his dysfunctional upbringing and the less than saintly figure of his father.

His stand-up career began in the mid-90s, after he got his life together following a period of alcohol and drug problems. His first one man show Norman Rockwell is Bleeding premiered in LA in 2004. His subsequent specials have all aired on Comedy Special. Alongside his live work, Titus is best known for his eponymous Fox TV Show (which always drew the attention of the network censors), the podcast The Combustion Lounge and hosting The History Channel's Pawnography.

Sound good to you? Share this page on social media and let your friends know about Christopher Titus at Barrymore Theatre.